What a magnificent year!

2018 was a year for the books and we at HPH Publishing thank you for your support.

We celebrated the launch of Vanishing Kings – Lions of the Namib Desert at the beginning of the year. The reprint of the helpful Kgalagadi Self-Drive Guide and Kruger Self-Drive are back on the shelves. We also welcome three new books to the HPH family: Moods of Nature by Heinrich van den Berg, Daniel Dolpire's The Sentinels – Cranes of South Africa, and the Big Seven - Adventures in Search of Africa’s Iconic Species by Gerald Hinde and Will Taylor.

We look forward to telling even more compelling nature stories next year and we wish you a merry festive season and happy holidays.

The Big Seven are the most exciting, charismatic and, in some cases, dangerous, of Africa’s big game species.

Photographing for our book Wild Heritage – KwaZulu Natal, we took an expedition in search of aliens on the pristine beaches of Maputoland. Our aim was to record their existence. Little did we know about the magical powers of these creatures and how dangerous they can be.

Leading the expedition was an official from Ezemvelo/KwaZulu-Natal Wildlife. We left camp after dark as the tide began to go out. As we drove south over the deserted sandy wonderland, we were looking for signs of a landing. In the beam cast by the vehicle’s light, ghostly crabs in their thousands were scurrying out of harm’s way. We were told that alien landing signs were easy to spot in the sand – they resembled the tracks of a giant tractor emerging from the sea. We were brimming with anticipation. 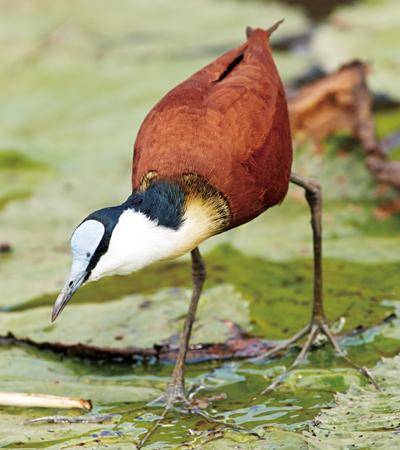 These birds have extraordinarily long toes that enable them to walk on floating vegetation. They feed on invertebrates and seeds. The male holds the eggs under his wings when sitting on the nest, and also carries the fledgelings under his wings.

Settings: Medium ISO. Medium aperture for depth of field so that both hyenas are sharp.

How: This is an example of an image taken with a full-frame sensor, which was severely cropped afterwards. 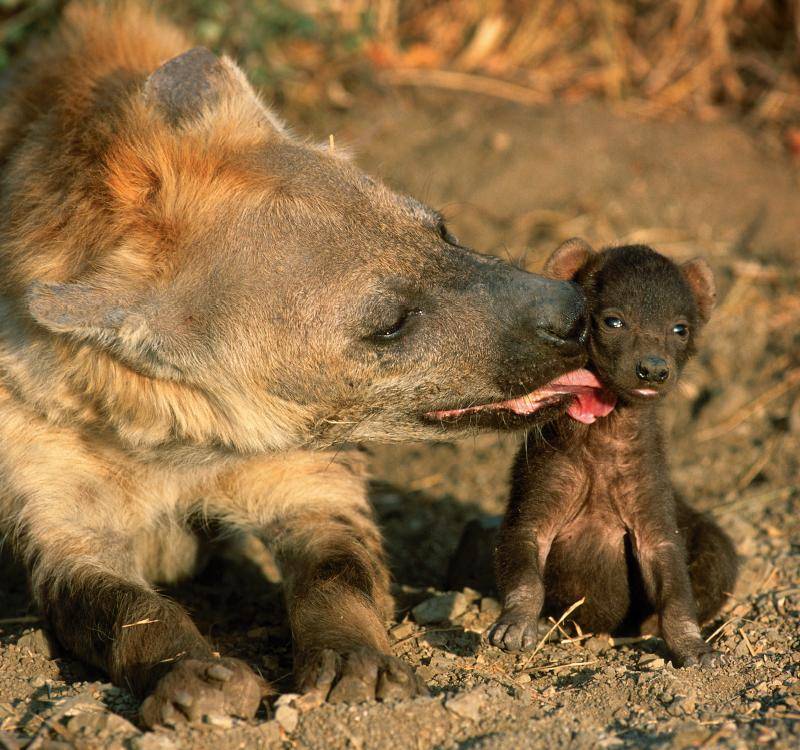 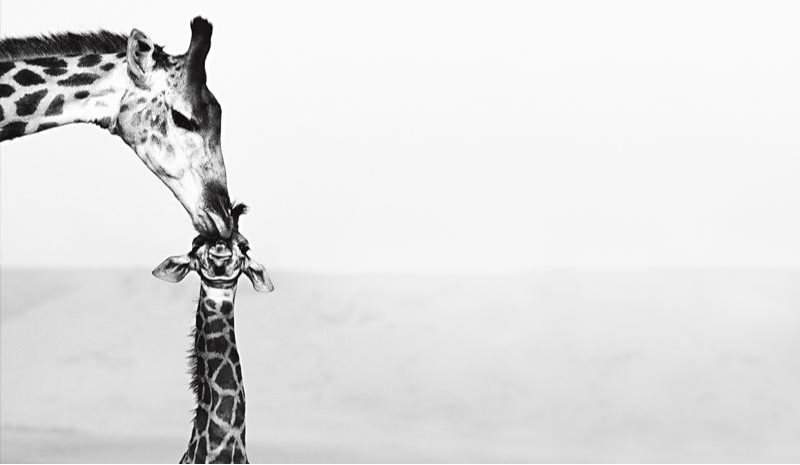 Emotion From Shades of Nature

Giraffe cannot become sad, for tears have a long way to travel from the heart. Gravity keeps giraffe happy, for emotion is heavier than blood.